This really is the BEST Vegan German Chocolate Cake ever! It’s super moist, rich and layered with delicious vegan caramel with toasted coconut and layers of fluffy vegan buttercream frosting. 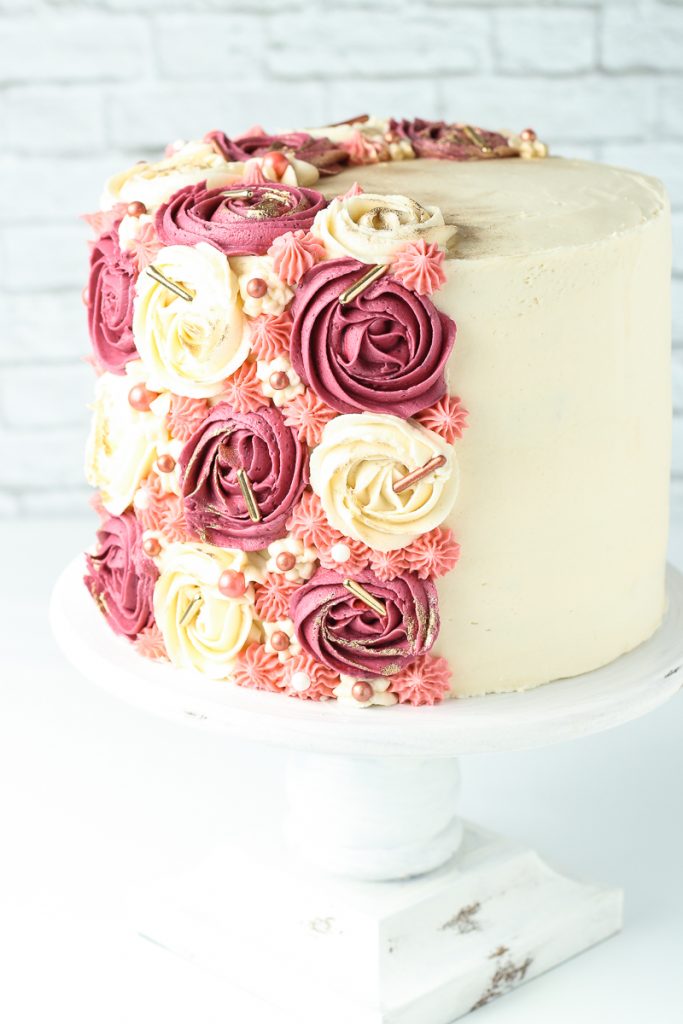 To be honest, this is the best chocolate cake I’ve ever tasted – vegan or otherwise! This Vegan German Chocolate Cake is super moist and rich and you would never even know it was vegan if I didn’t tell you. The vegan buttercream is fluffy and perfectly sweetened and the vegan caramel is absolutely incredible!

I made this cake for a bridal shower a friend was hosting, and it was so fun to decorate! Her shower colors were different shades of pink with cream and gold, so I used Sprinkle Pop’s Vintage Rose Gold Mix along with their Gold Dragee sprinkles. I just love the dreamy rich blend of warm pinks, gold and rose gold in this mix. Aren’t they just gorgeous?! It was so fun to design this cake, and I loved using the gold leafing and gold dust to tie it all together! 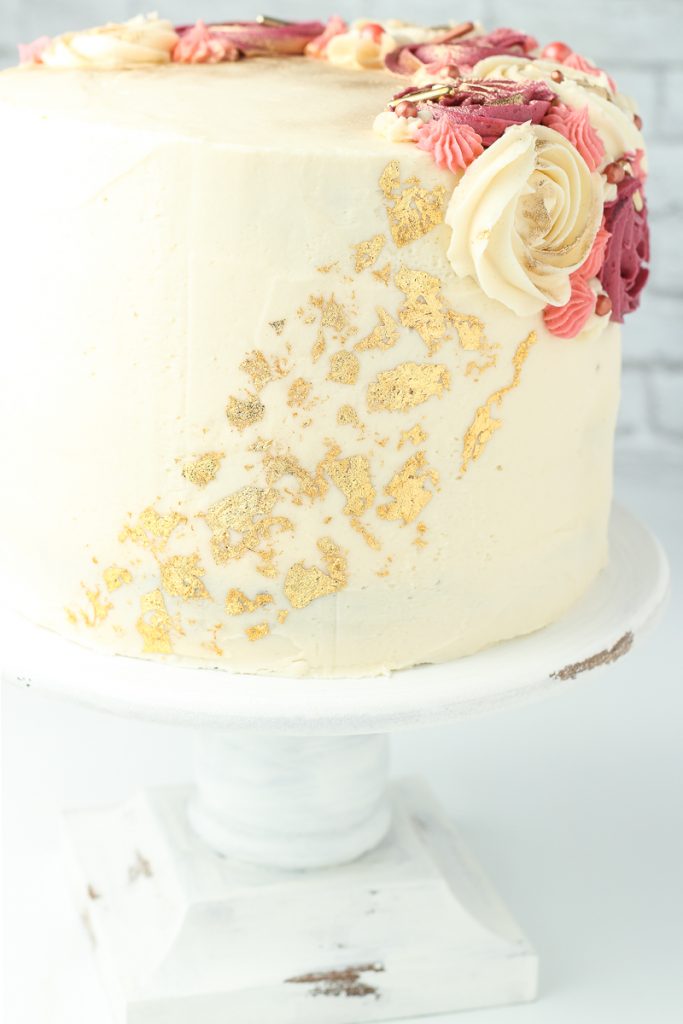 The Secret to a Moist Vegan Chocolate Cake

For some reason, every vegan chocolate cake I’ve ever tasted is usually dry or has a strange flavor to it. That’s not the case with this Vegan German Chocolate Cake! I researched and experimented with so many recipes to create this cake, and I couldn’t be happier with how it turned out! It’s super easy to make and is perfectly moist and delicious, just like chocolate cake should be!

So the secret you ask? It’s adding coconut yogurt! It binds the cake together and really adds wonderful flavor as well as creating that super moist yet still fluffy perfect cake texture. I like to use SO Delicious Dairy Free Coconut Milk Vanilla Yogurt Alternative. It’s thick, creamy and vegan certified!

When I was experimenting with this vegan cake recipe, I saw and tried a lot of recipes that used boiled water in the recipe to create that moist texture, however I always found that this actually left the cake a little “too” moist, making it almost dense and fudge like. I wanted a really soft, moist cake that was still fluffy like I’m used to in regular chocolate cakes, because after all – I’m not a vegan so I compare all of my recipes to the “real thing” haha. 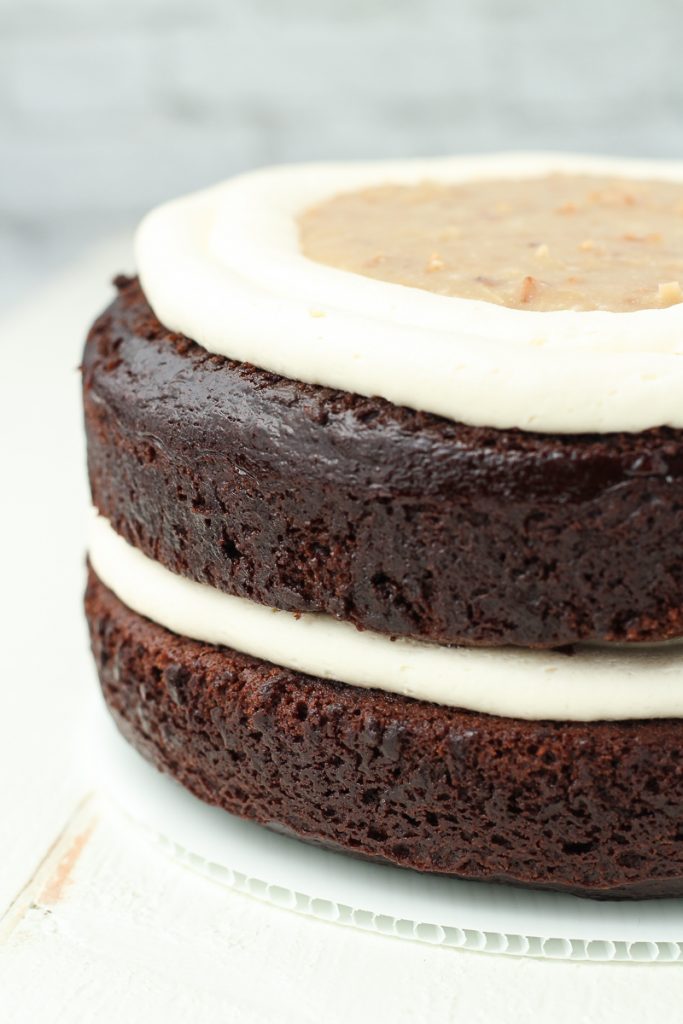 What Can Replace Eggs in Cake?

There are lots of ways to replace eggs in a cake. You can use bananas, ground flax seed, silken tofu, chia seeds, applesauce, or even Ener-G Egg Replacer. My favorite method however – and the one I used to make this Vegan German Chocolate Cake – is using apple cider vinegar in place of the eggs. The vinegar helps activate the baking soda and powder in the cake, which helps enhance the leavening or rising resulting in a fluffier cake crumb. I’ve found that using vinegar is the best way to retain the original taste and texture of baked goods, especially cakes, when replacing eggs in a vegan recipe.

I definitely prefer apple cider over other vinegars, it has a much softer, sweeter flavor that actually enhances dairy-like flavors. To use this method for replacing eggs, you just simply add the baking soda to your dry ingredients like you normally would (if the recipe doesn’t call for any, then use 1 teaspoon baking soda to 2 tablespoons vinegar) and then add the apple cider vinegar to the wet ingredients and follow the original recipe.

Fun fact – mix apple cider vinegar with some honey, salt and crumbled up silken tofu, and you have yourself vegan ricotta cheese! Check out my Roasted Vegetable Lasagna for the recipe! 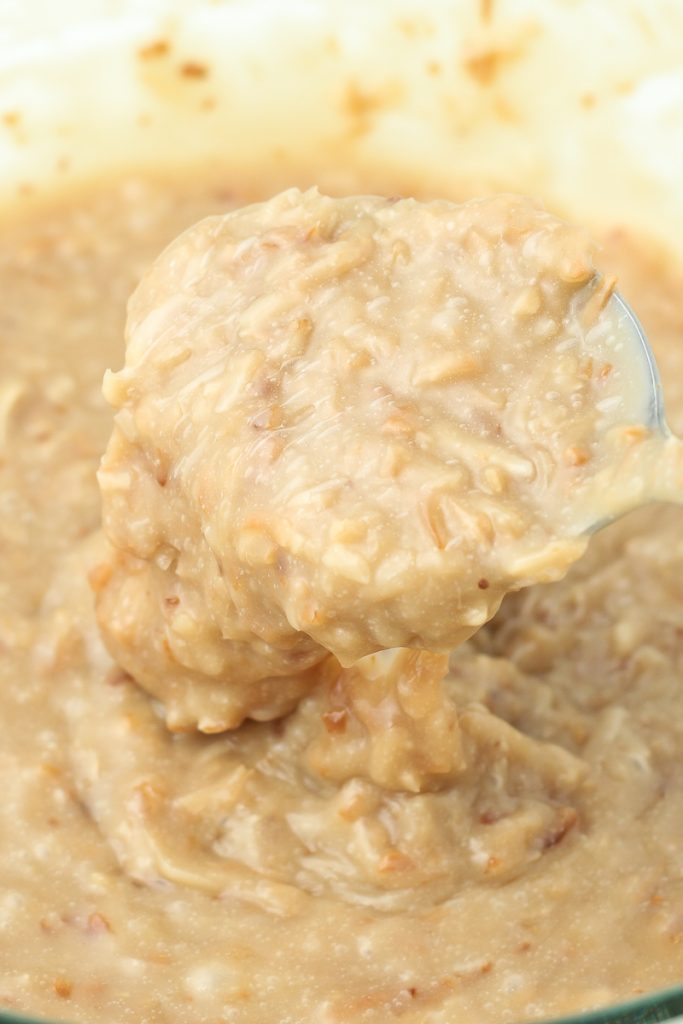 One of my favorite things about this Vegan German Chocolate Cake, is the vegan caramel in-between each of the rich chocolate layers of cake. This caramel is just amazing. Really, I was shocked that coconut milk could make such a delicious caramel sauce!

I promise, if I didn’t tell you this caramel was vegan and refined sugar free, you would never know. It’s that good! Plus is super easy to make. The bulk of it is made up of coconut milk and maple syrup, and while yes it does have a coconut flavor to it, it works PERFECTLY with this Vegan German Chocolate Cake because it already have that coconut flavor going on. The key to the caramel though is being patient and not rushing it. While it’s really quite simple to throw together, it does take some time (about 1 hour) to boil down, thicken and turn into beautiful golden brown caramel.

I use this same vegan caramel in my Healthy Samoa Brownies (vegan, gluten-free and naturally sweetened!) and they are really probably one of my all-time favorite treats. 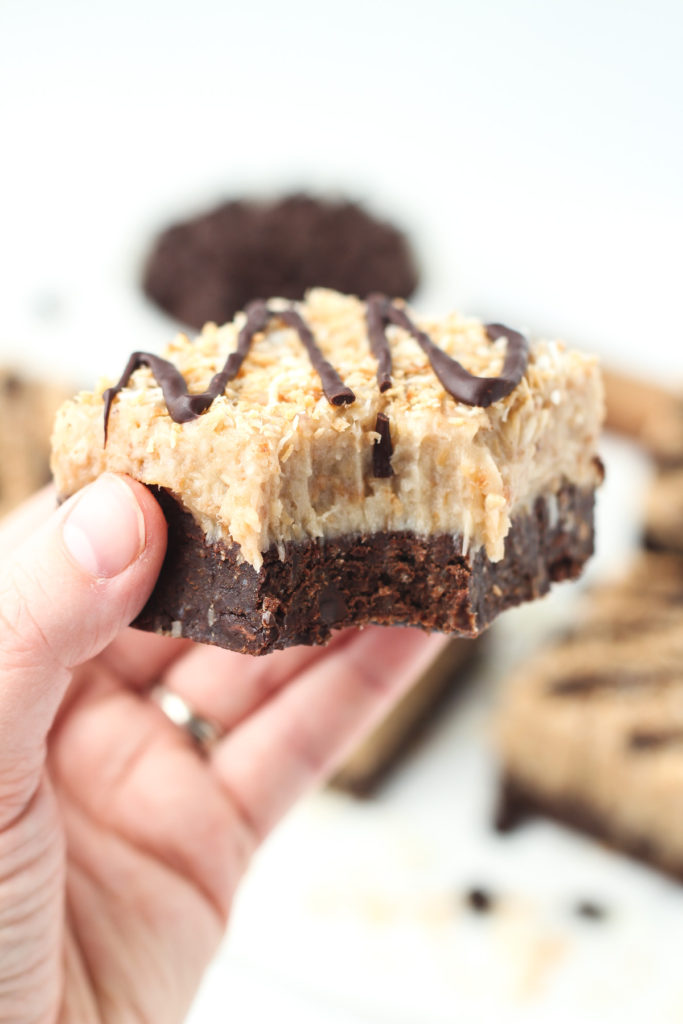 So, why should you make this Vegan German Chocolate Cake? Well because it’s: 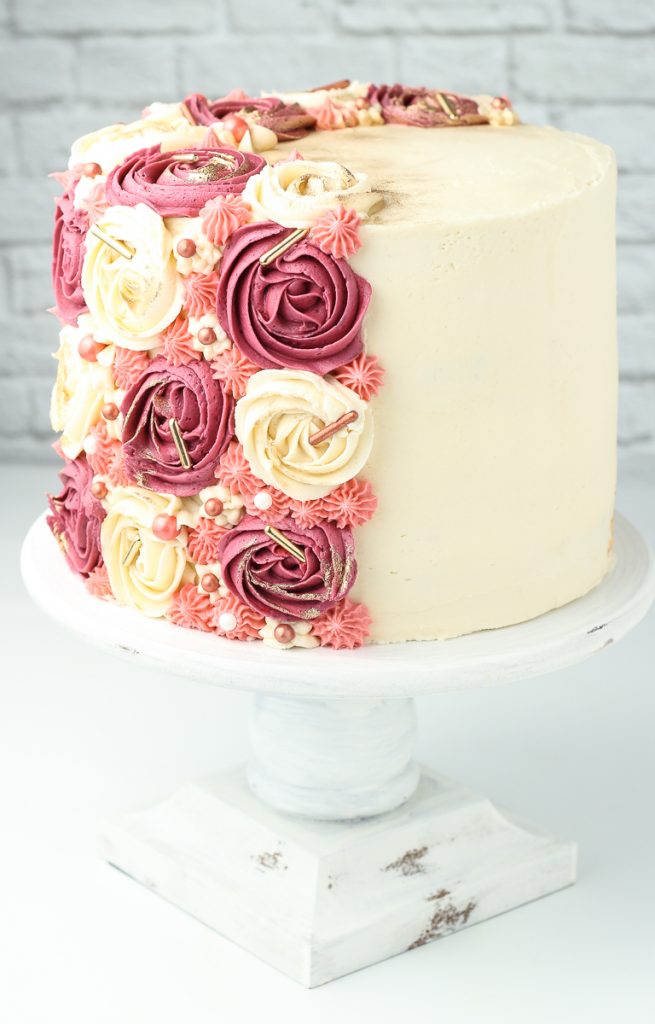 Plus it’s a real head turner with Sprinkle Pop’s Pink Vintage Rose Gold as a garnish. Just look at how pretty these colors are!

This really is the BEST Vegan German Chocolate Cake ever! It’s super moist, rich and layered with delicious vegan caramel with toasted coconut and layers of fluffy vegan buttercream frosting.

Don’t forget to pin this for later! 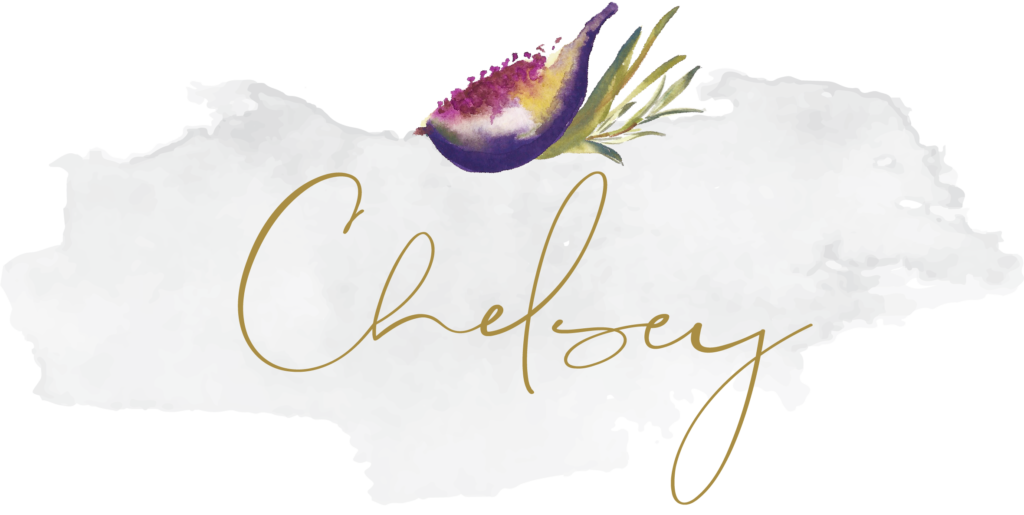 This site uses Akismet to reduce spam. Learn how your comment data is processed.

What is your favorite indulgent dessert that you d

This Baked Salmon with Pistachio Gremolata is defi

This Kale Quinoa Pomegranate Salad is the real dea

As soon as the fall season hits, all regular choco

To be honest, this is the best chocolate cake I've 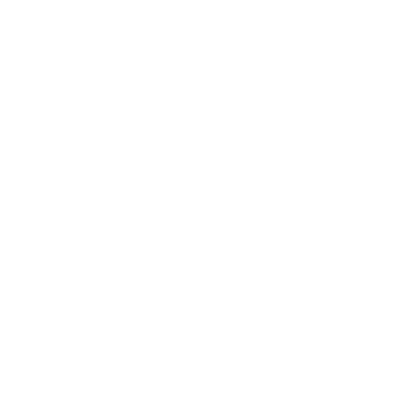